ProFound will link Gums and Resins collectors to markets 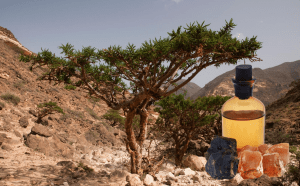 ProFound is proud to announce that we recently won the tender for a programme focusing on Gums and Resins, supported by GIZ – Deutsche Gesellschaft fur Internationale Zusammenarbeit GmbH Ethiopia. The GIZ Programme is called “Strengthening Drought Resilience in the Arid and Semi-Arid Lowlands of Ethiopia (SDR-ASAL)”. Amongst other objectives, the programme aims at building capacities amongst Government institutions and partners in the field of planning and natural resource management and utilization.

The Gums and Resins market in Ethiopia

Gums and Resins such as Frankincense, Myrrh, Gum Arabic play an important role in the daily life of many Ethiopians. They are a vital source of income for many pastoral communities in the Horn of Africa. Trade volumes are big. However, those carrying out harvest and collection at the start of the supply chain have in general poor knowledge and low skills. In addition, the sector is informal and lacks transparency.
International standards such as organic, wild collection, fair trade and ethical biotrade have as yet little role in Ethiopian Gums and Resins supply chains. The objective of the project is to link collectors and collector communities of Gums and Resins to markets that pay respect to the standards commonly applied in the organic, Fair Trade and Ethical Biotrade markets.

The first steps of the project are focusing on analyzing the supply chains of all three primary commodities involved; Frankincense, Myrrh and Gum Arabic. The analysis will aim at identifying aggregators of Gums and Resins and collector’ groups in the selected regions.

We will aim at detailing the steps in the supply chain for Frankincense, Myrrh and Gum Arabic. ProFound will provide additional analysis of the procedural and market differences in each as appropriate. Based on these analyses, traded volume will be quantified.

Are you a buyer of Frankincense, Myrrh or Gum Arabic? Don’t hesitate to get in touch with Kasper Kerver from ProFound at kkerver@thisisprofound.com.